Patch Thinkpad and Windows 7
Now that you have cleared out good amount of space, let's use it! Run "Lenovo - Updates and Drivers" and Windows Update first chance you get. The Thinkpad update was done in about 10 minutes. The Microsoft update on the other hand took at least half an hour with four reboot cycles. 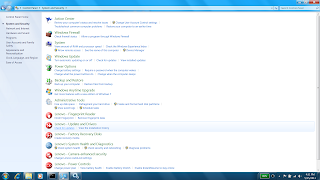 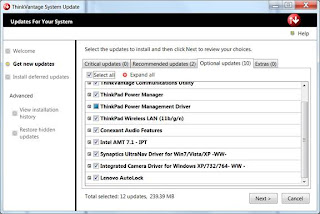 Install CCCP, Lagarith, Quicktime, Avid and other codecs
It's a good idea to install your codecs before the NLEs. The Adobe installer will complain if you don't have Quicktime installed prior to starting.


Install Sony Vegas Pro 10 and Adobe Production Premium onto mSATA
I installed Sony Vegas Pro 10d direct into the SSD which occupied about 409MB. I skipped installing DVD Creator. For Adobe Production Premium CS5 I picked and chose which tools to install in C versus D. A full installation was estimating 16GB of the 45GB free. Yes, that sounds plenty but I wasn't sure yet what patch downloads and temp files would do. So I stored After Effects, Photoshop and Premier unto C:\Program Files\Adobe for 4.6GB. Then repeated the install process for the other tools into D:\Program Files\Adobe for 5.53GB. Even if you target D it will install some Common Files into C. 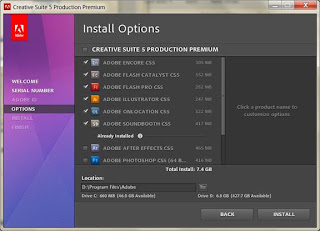 Create a Microsoft Backup of new configuration
Lenovo Rescue and Recovery program appears to only backup the C partition. Since I need to backup both C and D I opted to use Windows Backup for now.


Feed it a DVD for boot. The data can go to a USB drive.

I'm going to be using this laptop for video work so I need HDMI. There is no separate HDMI port on this model because it has Display Port++ which can pass-through an HDMI signal via an adapter. I bought the StarTech DP2HDMIMM10 (paid link). It was no drama at all. I hooked it up to my 720p Sony TV and it just worked. Both video and audio were automatically displayed on the TV. Using the Fn-F7 I extended my screen. The audio mixer setup the TV as default. When I unplugged the cable the settings returned to normal.


Find a cold beverage, drink it.
Now it is time to take a celebratory drink. If said drink happens to spill on the keyboard its supposed to survive! 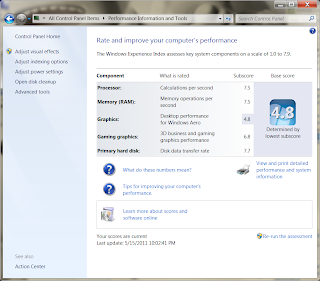 The 4.8 looks low because I have Optimus turned on. Switching to discrete graphics brings the average up to 6.9. 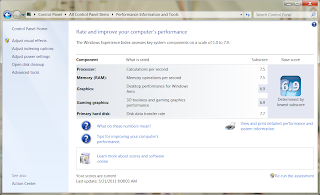 To work with video files I usually use Movie Maker program. And by the way, for those who also uses this program, yesterday I found a great update for windows live movie maker download https://yepdownload.com/windows-live-movie-maker. I create all of my works with this program, and it's very conveniently, as for me.