It was mounted on a Giottos MH621 (paid link) 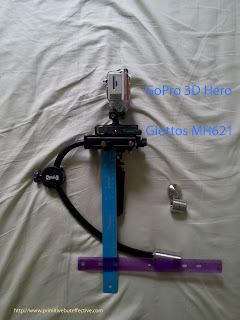 You can compare this against shots made with the CMR Blackbird in previous post. They're comparable since both were taken only some weeks after learning how to use each stabilizer. Over time you get better.
Posted by Mike at Sunday, June 24, 2012 5 comments: